Located in Grant County, West Virginia near the Smoke Hole Canyon, Smoke Hole Caverns has offered tours to the public since 1940 and continue to give tours year-round. The Caverns are said to have earned its name after the Seneca Native Americans who smoked wild game over wood fires in the Caverns, therefore earning the name, “Smoke Hole.” The Caverns were also used after the Civil War to make corn whiskey and during the Prohibition to make moonshine. An original moonshine still can be found on display in the Caverns to this day.

Smoke Hole Caverns holds a rare site, one of only two in the world. A crystal cave coral pool resides in the Caverns holding rainbow trout and aeration. Additionally, odd-shaped stalactites called helicities can be found throughout the Caverns.
CanaanValleyCabins.com offers lodging and cabin accommodations just minutes away from Smoke Hole Caverns for visitors to enjoy during any season. Smoke Hole Caverns has the second highest cavern ceiling in the eastern part of the United States and holds one of the largest stalactite ribbons worldwide. 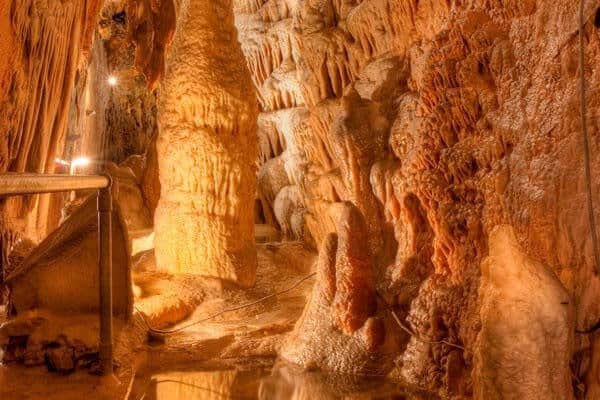