Blackwater Falls flows from the Blackwater River that stretches eight miles near Davis, West Virginia. Located within the Alleghany Mountains of Blackwater Falls State Park, the 62-foot Falls tumbles over a Pennsylvanian Age sandstone boulder.The Falls gets its name from the hemlock and spruce needles that have fallen into the water giving it a “black” appearance. At the head of Blackwater Canyon, the Falls is considered the highest above-ground waterfall in the state of West Virginia.

Blackwater Falls is at the head of Blackwater Canyon and is the source of water flowing into other waterfalls such as Elakala Falls and Pendleton Falls within the Park. These waterfalls can be seen throughout the multiple trails that Blackwater Falls State Park has to offer.

Signs throughout Blackwater Falls State Park will guide you to Blackwater Falls where you will find over 200 stairs leading to an observation deck that will give you a close-up look of the Falls. Most of the time, Blackwater Falls splits into three sections over the massive sandstone boulder, directing water into either an extended cascading water flow, or over rocks along the Falls.

CanaanValleyCabins.com offers lodging and cabin accommodations just minutes away from Blackwater Falls for spectators to enjoy during any season. Blackwater Falls is recognized as one of the most scenic photography destinations in the state of West Virginia year-round.

There is plenty to do at Blackwater Falls no matter what time of year that you visit. Enjoy the warm weather by hiking the trails that stretch over 20 miles of land to see the scenic views. Take a tour of the cultural and natural history of Blackwater Falls. Stop by the Nature Center for information on the park’s natural resources and view the displays and programs available.

Blackwater Falls in the Summer

If you prefer to be on the water, take a boat out to Pendleton Lake for day of relaxation and swimming, or go to the Blackwater River, a catch and release area that is stocked with trout for fishing. Afterwards, visit the game courts for a game of basketball, tennis or volleyball.

Blackwater Falls in the Winter

When the weather cools down, try cross country skiing or sledding for a winter adventure. Warm up by the fire ring at the Warming Hut while sipping on a cup of hot cocoa. Stroll through the nearby towns of Thomas and Davis for a variety of restaurants, antiques, and entertainment.

Take the short trip over to Canaan Valley to see assortments of flora and fauna at Dolly Sods or Mount Storm. Dine at local restaurants and shop in the gift shops at Blackwater Falls for unique souvenirs and West Virginia items. 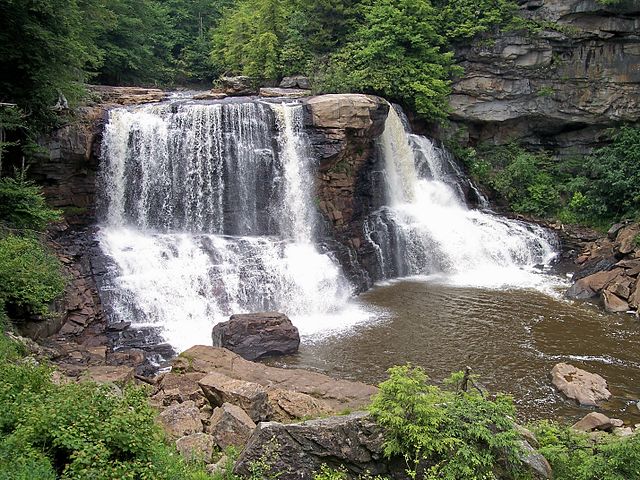